Peggy Noonan took pen in hand on the pages of the Wall Street Journal to tell us we should think like 11-year-olds in combating Ebola and impose a travel ban. Peggy doesn’t trust people with degrees in public health or medicine. People with degree in law and business should know how to combat infectious diseases.

That got me thinking about what other policy decisions we could leave up to children. If you have an 11-year-old, please give them this brief survey and mail it to Ms. Noonan.

1. What should we do with foreigners brought here as children?
a. criminalize and shun them (but tax them)
b. hug them

2. Which of these parties do you think will best represent Americans?
a. 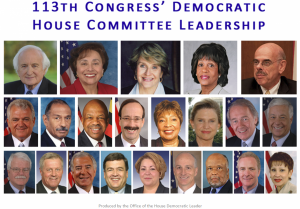 3. Do you think giving housing, food, and medical care to poor families:
a. Makes them get less done; or
b. Helps them get more done

5. To reduce gun violence does America need
a. More guns
b. Fewer guns

5. Our country has a lot of debt. What shall we do to pay it off?
a. Tax the wealthiest people
b. Take it from old people’s retirement

6. Which is worse?
a. Secretly selling weapons to a militant dictatorship (Iran); or
b. Asking for too much paperwork from charities with “Tea Party” in their name

7. Which do you think is the best use of our money?
a. Bombs
b. Schools

Today’s GOP manages to capture all of the ignorance of children without any of their compassion.

There’s a lot of minimum wage denial out there. Some of it is well-informed. But if I could have one political wish, it would be that my Democratic friends would stop pretending like Economics 101 is a vast right-wing conspiracy. It should be taken for granted that the primary effect of raising the minimum wage is less employment for people at the bottom of the wage scale. Yes, I’ve seen the Krueger and Card study where the effects on employment cluster around zero, but I think this is evidence of my point. You see, a minimum wage puts money in the pockets of the people most likely to spend it tomorrow–the poor. So if that secondary effect helps the economy increasing employment, there must be some other factor pulling the effect back toward zero, right? The CBO’s assessment of a $10.10 minimum wage was that it would cost 500,000 jobs, but lift 900,000 people out of poverty.

There’s another reason to be suspicious of the federal minimum wage. It’s a cruelly blunt instrument. A $15 minimum wage might do nothing at all to employment in Seattle, but might cost many more jobs in rural Mississippi, where prevailing wages are substantially lower. Proponents of the minimum wage are always very excited to tax Walmart and McDonald’s–massively profitable multi-nationals. But most of the minimum wage increase is likely to be paid by businesses with 10 or fewer employees, many of which have razor-thin margins. The result there will be higher consumers prices and serious lay-offs and previously profitable businesses closing. Further, earners of the minimum wage are not all working parents. At least some minimum wage workers are middle-class teenagers, who, frankly, are getting their share of breaks as is. Almost half of minimum wage earners are between 16 and 24. I spent a lot of years working for minimum wage to earn date money, then going home to dinner and two loving, college-educated parents. That was a terrific experience, but is my upper-middle class teenage self really the most worthy recipient of wage assistance? Could we find ways to direct more of the benefits of wage assistance to the truly needy?

Now, imagine we could find other ways to help the poor make ends meet without simultaneously encouraging unemployment. Imagine these same programs could target the wealthiest people and corporations to pay for them and the poorest to receive the benefits. Terrific, right? Here are five:

Boost the Earned Income Tax Credit. While I don’t always agree with him, Milton Friedman is a man I greatly admire. Besides being a brilliant economist, he was, I think, the original compassionate conservative. His ideas on the benefits of a “negative income tax” are still extremely relevant. We owe the existence of a robust EITC partly to Friedman and he would be ashamed to see Republican efforts to dismantle this program and it’s sister, the Child Tax Credit. Both are methods of rewarding work while redistributing wealth with minimal distortion to markets. Unlike programs which can create a “poverty trap,” wherein at some income levels, you actually take home less money by working more, the EITC and CTC always reward earning income.

Invest in Poor Schools. This is a long term play to be sure, but it also has important positive short term effects. Schools that keep kids safe and feed them as well as educate them make life easier for the lower class parents who are trying to build a better life. This leads to more productive and stable workers who can then demand higher pay and better educated workers for the future.

Ditch mandatory minimum sentences for drug possession. ThisWeekInStupid is not an advocate for drug legalization, but neither do we see the logic in obligating judges to jail drug users who might do more good than harm for their families and communities at home.

Provide free, convenient English courses. This is just one example of ways to boost the skill-level of minimum wage workers. Workers who have good English literacy and basic computer and arithmetic skills are better able to know and insist on their rightful wages. And, as worker productivity grows, it lifts the whole of the economy.

Scale back right-to-work. Unions contribute to a whole host of positive changes in working conditions including raising wages. Right-to-work laws reduce the effectiveness of unions by allowing workers to free-ride, enjoying the benefits of union negotiations without paying in to the system. Freeriders result in less cooperation and worse results. However, ThisWeekInStupid thinks there are strong arguments that unions of government employees are less beneficial since government workers’ vote puts them on both sides of the negotiating table.

Raising the minimum wage is the laziest way to help the poor and not the most effective. In inflation adjusted dollars, even a $11.00 minimum wage would be the highest ever. Now, I’ll take a minimum wage over nothing, but I’d much rather pursue other angles first.